For the second time this season, I wrapped up a week with a clean 12-0 sweep. Combining a solid week for my team with a subpar week from my opponent led to me doing plenty to clinch the number one overall seed in the playoffs.

No one particular hitter had an amazing week, but several guys had pretty good ones. Gaby Sanchez homered twice and drove in seven runs. Jorge Posada homered twice and drove in five. Dan Uggla hit .320/.379 with a homer and five RBI. Ben Zobrist and Lorenzo Cain each scored four runs. The big news of the week was six different players stole a base, with Cain swiping two. In a week that my opponent got five steals from Jose Reyes, all my hitters picking up the slack was important. For the week I scored 27 runs, hit six homers, drove in 30 runs, swiped seven bases and hit .288/.367 which were all good enough numbers to win each category. After trailing stolen bases most of the week, I got three on Saturday and one on Sunday to pull ahead by one and sweep the week. 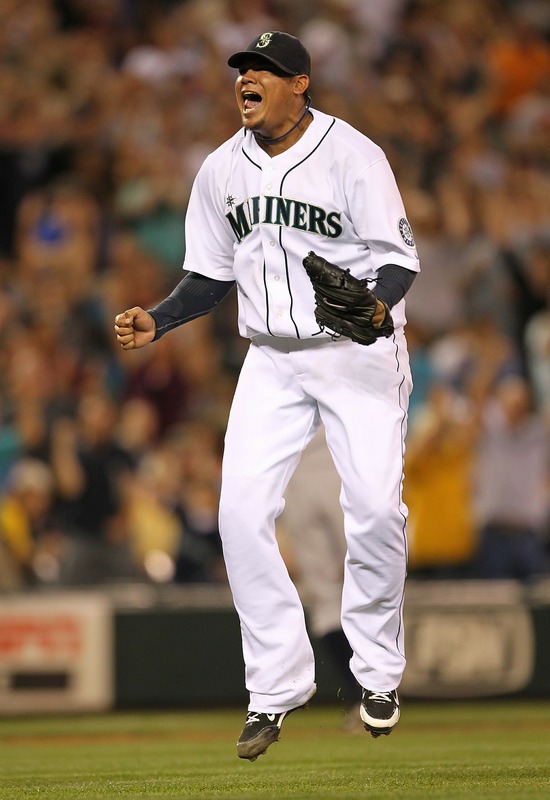 My pitching was also more than solid and I had the numbers advantage this week, with my guys scheduled to make more starts than my opponent. By the time Friday’s games were over I had leads in each of the six pitching categories. With my opponent’s starters done for the week, I decided to keep Barry Enright, Jaime Garcia and Mike Minor on the bench for their weekend starts, to guarantee I kept all my leads. All three pitched extremely well and either way I would have swept all six categories. Felix Hernandez was the big stud this week, hurling eight shutout innings against the Yankees striking out eleven and picking up a win. Josh Johnson picked up his first win in over a month with an eight-inning, two-run performance. Jake Westbrook, Tim Hudson, Jaime Garcia and Adam Wainwright all recorded quality starts but failed to pick up wins. Neftali Feliz and David Aardsma picked up a save apiece to win me saves in a week when my opponent had no closers. My pitching is looking spectacular heading into the season’s final week. With the playoffs being single-elimination, one crappy week can kill you.

Jarrod Saltalamacchia hit the disabled list a few days after I picked him up and with no enviable catching replacements available, I went with Cubs outfielder Kosuke Fukudome to take his place. Fukudome hit .429/.500 with a stolen base in his first two games with me. I also made another change, replacing Joel Hanrahan who had only one save since taking over closing duties with Travis Hafner. Adding Hafner gives me a little more pop and some OBP skills. Last transaction was strictly procedural as Jeff Keppinger hit the DL and to replace him, I simply activated Nyjer Morgan, who swiped a base in his first game back.

The perfect 12-0 week pushed my overall record to 160-67-13 and clinched the regular season title. It also gave me a 23-0-1 record against Brandon’s Bombers this season. I bet he’s glad to be done with me. The last week of the regular season matches me up with Albany Diamond Dogs, who I beat 10-1-1 in Week two, but has played his way to 7th place overall. The Diamond Dogs are coming of an 8-2-2 week that improved their record to 124-98-18. Depending on how Week 21 plays out, it’s possible that I’ll match up with Albany Diamond Dogs in the first round of the playoffs.